Angelina DeWeese | HAVE YOU HIT A ROADBLOCK?
15793
post-template-default,single,single-post,postid-15793,single-format-standard,ajax_fade,page_not_loaded,,qode-theme-ver-17.0,qode-theme-bridge,disabled_footer_top,qode_header_in_grid,wpb-js-composer js-comp-ver-5.5.5,vc_responsive

HAVE YOU HIT A ROADBLOCK? 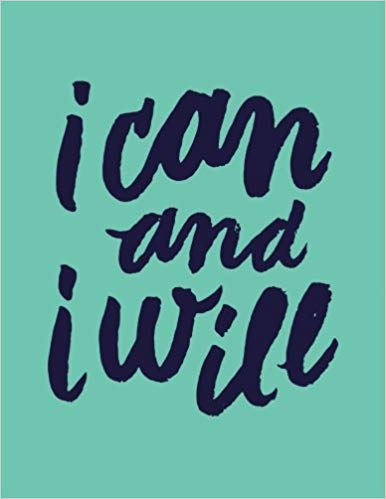 27 Mar HAVE YOU HIT A ROADBLOCK?

Have you ever poured your heart into something, prayed about it, planned it out, spent hours working on it and then it flopped?

It’s many entrepreneur’s worst nightmare. And for some it’s a big reason why they don’t take even bigger risks towards their dreams.

Fear of failure.
​​​​​​​​​​​​​​Fear of being rejected.
Fear of wasting time or money.
Fear of pouring your heart into something that no one wants.
Fear of finding out that you are not enough.

In today’s blog, I’m going to tell you a story about a recent face-flop of mine, and how I flipped a devastating reality into an awakened understanding of a new way of serving my community. The blog is titled,  ​​​​​​​” What To Do When You Hit A Giant Roadblock “.

NOTE: A few years ago, I would have not shared this publicly, but gone are the days of appearing as a “faultless” leader. Leader’s are those on the court taking the risks and then living to tell about it! If you want to lead in today’s world, to truly lead people to personal empowerment & freedom, it’s imperative that you share your biggest learning moments so that others can learn with you and from you. I believe being real is what sets us all free, and that when I face a big roadblock, it is likely that there are others experiencing the same thing, because we are all one.

​​​​​​​Not necessarily!
​​
​​​When you are facing ‘hard-knock circumstances’ the universe is asking you to get stronger, braver, clearer, more honest with yourself. Essentially, it’s a time to dig deeper!

Tough circumstances are NOT there to STOP you. They are there to cause you to to reevaluate, reassess, restart, recommit, rejuvenate, or re-new.
​​​​​​​
So then WHY do so many people stop when things get hard?
Why do so many people interpret things not going as planned as failure and a reason to quit or that they are doing something wrong?

​​​​​​​Because feeling like you’ve “failed” sucks, it’s heartbreaking, confusing, and it pulls up some of our deepest wounds and feelings of inadequacy. These moments are designed to HEAL us, GROW us, and MOLD us, but it’s up to us how WE perceive the situation.

Let me tell you a personal story.  Last month I launched a year long program called Luminous Leaders Mastery Program. I was so excited and very clear on how powerful this program is. Half of last years group renewed for a second year (and 2 of them it’s their 3rd year doing the program)!

I’d spent months praying, meditating, planning – I envisioned the entire program, what it would feel like, be like, and what profound results it would bring to those who said yes.

In the past, I’ve had doubts, but even with those doubts I was able to enroll a dozen people into my program and generate well over 6 figures in less than 3 weeks. People had the most profound results in last year’s program, so you would naturally believe that it would be easy to enroll 10 to15, maybe even 20 spots, this year, right?

Do you know how many spots were filled by the end of my launch?

[Insert nervous laugh.]  Initially, I was devastated. I thought that maybe I’d lost my mojo. Maybe I was not as great of a coach as I had once thought.  Maybe no one really wanted what I thought of as deeply powerful shifts?  Maybe I did not push hard enough. Maybe I launched it too quickly? Blah, Blah, Blah!

It’s easy to go down the rabbit hole of negative beliefs when you don’t reach a goal you were set on. It’s easy to decide that YOU did not work hard enough and to feel personally defeated. It’s easy to go into survival and grasp for straws…

No matter what the envisioned outcome, when it does not happen, it’s easy to think something is wrong with YOU or your approach!

​​​​​​​Common roadblocks that may apply to you right now:
– You did not sign that client that you felt was such a great fit.
– No one shows up for a class that you are so excited about.
– Your leader drops off the face of the earth and you don’t know why.
– You didn’t get chosen to speak on stage.
– You didn’t get the promotion.
– You have lower number of sign up for your program (or enrollments).
– Your idea gets declined.
– Something that used to work for you has stoped working.
​​​​​​​
Anytime we don’t reach our goals, it’s sucky. And yet “failure” will inevitably happen to all of us at some point.  We should not work to avoid “failure”, instead learn to be even more powerful in the face of it, and most importantly, to learn from it.

“There’s no such thing as failure, ONLY feedback.” Stacey Morgenstern
​​​​​​​
This quote is a paradigm that I live by, but it is up to us to decide how we interpret the feedback. I want to share with you the process I chose that took me from doubting myself & my work to using the experience to help me awaken to some powerful truths that I was resisting.

Many of the ways we look at negative feedback are disempowering. Here are two very different ways to look at hard situations and depending on the way that you choose, you’ll either feel totally inadequate OR you’ll begin focusing on your own personal growth:

#1 — The ‘typical’ way: Think of all of the things that you should have done better.  I should have made a better plan. Done more on social media. Called more people. All of which may be true, so it’s good to take notes for the next time AND then move onto an empowering way to learn from what feels like a setback.

#2 — The fastest way to personal growth: Look for the bigger spiritual lesson. How could this circumstance be FOR your growth? If this circumstance was MADE for you, what could it be teaching you or molding you into?

For me, after spending a week or so wallowing in my own sorrows about nobody saying yes to a program that is so important to me (sometimes it takes me a while to realize that I am taking the “typical” route, lol), I began to ask two powerful questions that have changed the way that I am viewing this reality:

1. WHAT CAN I LEARN FROM THIS? What is God, the universe showing you right now?  This question is SO important because the way that we view things is all up to interpretation​​​​​​​ and instead of playing the “victim,” take a look at what else could be true about the circumstance that you face. We do want to learn!

2. WHERE HAVE I NOT BEEN TELLING MYSELF THE TRUTH?  Often when we get a CLEAR NO from the universe, one door is closing only for another one to open. In order to see the new door, we have to step out of shame & blame of ourselves and step into bravely telling ourselves the truth.

If you are facing a big hairy circumstance right now, you’ll want to ask the question, “Where I have I not been telling myself the truth?” It’s not always easy to tell ourselves the truth or to face the fact that you may have been ignoring your initial intuition.

Let me give you an example so that I can demonstrate honesty with you.
After asking myself this question,  I can now see that on Jan 1st of 2019 I had a huge download that I was sick of creating programs the majority of my program for those who had already reached a certain level of success and I wanted to also create “easily accessible” transformational programs so that WAY MORE people at the start of their journey (many of which do not have the extra income) could have the benefits. Only problem was that I had a slew of giant OLD beliefs from my past business trainings preventing me from believing that this was a good idea, so I quickly tucked these thoughts away because I did not really know how to make this vision a reality.

My deeper fears and beliefs:
​​​​​​​It’s a logistical nightmare to serve more people who pay less $$ (way more customer service, less personal-touch)  to offer less expensive trainings.
People who pay less, are more high-maintenance​​​​​​​.
There’s no way to really reach the income level that I’m used to.
People who don’t pay much, don’t value it, and don’t get results.
​​​​​​​
NONE of those old beliefs are absolute truths. I believe that there are ways to create anything.  The TRUTH is that I was so stuck on my old ways and doing things the way that I have done for years that I had to have an experience like (no one signing up for the year-long program) to push me towards the model that I deeply desire to create.

I was scared of my intuition and said to myself “I’ll work on that, once I fill the year-long program and create stable income for myself.” Bam, insert palm on face. The truth can be a hard pill to swallow.

It’s not that I won’t offer things that are higher priced, it’s just that my intuition was showing me that this year in 2019 – people need more support and yet are making different choices in their finances, and so these lower cost programs may be a better fit in this time of transition for so many and in alignment with my larger mission.

Final thoughts: While my personal story may not apply directly to your current circumstances. It’s not the details that matter most here, it’s the knowing that when you face things that are not working as they used too, you have to take a deeper look and ask, where am I not aligned? What am I being taught? What am I developing in myself?

We are currently in a time of great transformational power. Our world, beliefs, our values are all evolving at a rapid speed right now. We are, as leaders, being lead to a more evolved culture – thinking more of “oneness” than the past “me” syndrome. Our shadows are coming up to the surface to be healed. And many of the things that once worked or that we leaned on in our life and business, are NO LONGER A FIT.  When somethings worn out, the universe will likely show you in some pretty harsh ways.
​​​​​​​
So, if you are facing some hard lessons — consider it’s not just about you. Times are changing and you’ll need to do the personal growth work to met it.